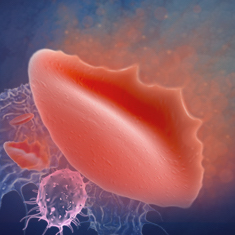 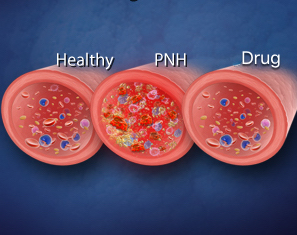 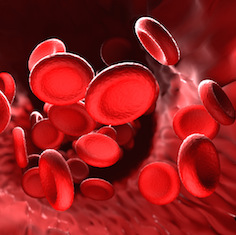 Paroxysmal Nocturnal Hemoglobinuria (PNH) is a chronic orphan disease characterized by lysis of the Red Blood Cells resulting in persistent anemia and continued hemolysis despite currently-approved therapies. In this rare and life-threatening blood disorder the immune system attacks unprotected red blood cells resulting in significant disease outcomes including cellular destruction and long-term anemia not treatable in its entirety by Soliris. Red Blood Cells without a protective coating (CD55/59 proteins) are recognized as foreign and are removed by the immune system. Soliris only treats CD59 deficient PNH patients.

We have studied the disease mechanism in detail and therefore have developed products which will correct this destruction without attenuating simultaneously the positive aspects of immune surveillance against true invading antigens. Our antibodies target only the part of immune system (the alternative pathway) that are exacerbated in the disease and are therefore an improvement over those that are currently being marketed.